Rest In Peace Mother Janet Fitzgerald
1949-2013
All everything we understand we understand only because we love.
The Greatest Love of All.
Rest In Peace Whitney
1963-2012
-Stanza 63 "Tao te Ching"-
"Act without acting
Give without giving
Taste without tasting
Tao alone becomes all things great and all things small
It is the One in many
It is the many in One
Let Tao become all your actions then your wants will become your treasure your injury will become your blessing
Take on difficulties while they are still easy
Do great things while they are still small
Step by step the world’s burden is lifted
Piece by piece the world’s treasure is amassed
So the Sage stays with his daily task and accomplishes the greatest thing
Beware of those who promise a quick and easy way for much ease brings many difficulties
Follow your path to the end
Accept difficulty as an opportunity
This is the sure way to end up with no difficulties at all"

When the accused are confounded,
and doomed to flames of woe,
call me among the blessed.
I kneel with submissive heart,
my contrition is like ashes,
help me in my final condition.

That day of tears and mourning,
when from the ashes shall arise,
all humanity to be judged.
Spare us by your mercy, Lord,
gentle Lord Jesus,
grant them eternal rest. Amen.
www.ssam.org sermons Oct 27, 2013

Lord, I thank you.(Infinite Light, Sound, and Love). We give thanks to the people who help make this blog an inspirational outlet for sponsoring now and later career ventures of promoting heaven on earth.
Lady, Mother of God, out of the abundance of this appreciation, I pray to pre-marry a woman who shares what we appreciate about each other in ways that raise and care for our families together in the love, in the light, and in the joy of infinite heaven(a better world).

Re-Membering Parallel Incarnations from One Life to Live. 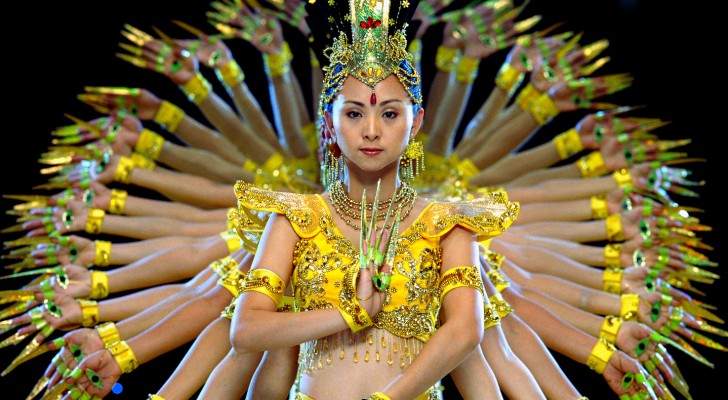 
"31.1 Fine weapons are instruments of evil. They are hated by men. Therefore those who possess Tao turn away from them.
31.2 The good ruler when at home honours the left. When at war he honours the right.
31.3 Weapons are instruments of evil, not the instruments of a good ruler. When he uses them unavoidably, he regards calm restraint as the best principle.
31.4 Even when he is victorious, he does not regard it as praiseworthy, For to praise victory is to delight in the slaughter of men. He who delights in the slaughter of men will not succeed in the empire.
31.5 In auspicious affairs, the left is honored. In inauspicious affairs, the right is honored. The lieutenant general stands on the left. The senior general stands on the right. This is to say that the arrangement follows that of funeral ceremonies.
31.6 For the slaughter of the multitude, let us weep with sorrow and grief. For a victory, let us observe the occasion with funeral ceremonies. "
-Tao Te Ching


"78.1 There is nothing softer and weaker than water, And yet there is nothing better for attacking hard and strong things. For this reason there is no substitute for it.
78.2 All the world knows that the weak overcomes the strong and the soft overcomes the hard. But none can practice it.
78.3 Therefore the sage says: He who suffers disgrace for his country Is called the lord of the land. He who takes upon himself the country's misfortunes Becomes the king of the empire. Straight words seem to be their opposite."
-Tao Te Ching

Abusively monogamous and celibate people can degrade a healthy sexual relationship for interracial people. It feels like identity theft. It's as if people overly emphasize and/or don't emphasize enough racial distinctions so they abuse each other with forced monogamy and celibacy.
"Inasmuch as ye have done it unto one of the least of these my brethren,
ye have done it unto me."
- Matthew 26:40

SEX without LOVE for interracial people is any type of forced sexuality including forced celibacy and monogamy without giving you a choice and then keeping them from raising a family.

Treat yourself fairly
"Whatever peace-loving philosophy, religion or political view you may have."
Create a beautiful dream 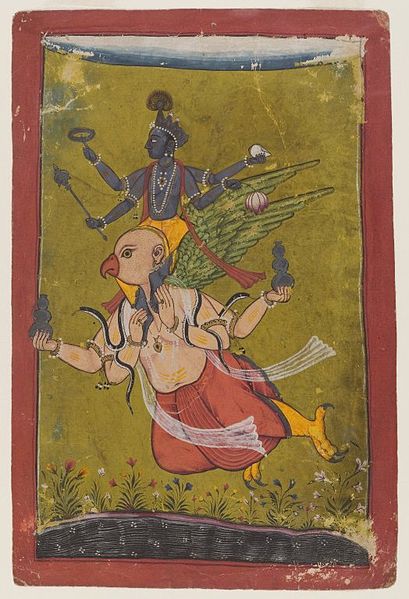 Always do your best

Our Lord appeared to St. Margaret Mary Alacoque several times during her life...
The Great Promise of the First Fridays of 9 consecutive months..."

ARE FORCED MONOGAMOUS AND/OR FORCED "POLY" MARRIAGES A FORM OF SURVEILLANCE ENSLAVEMENT THAT GOES AGAINST THE FREEDOM OF SOME RELIGIONS?!
Please deposit the stolen Surveillance to this email address Parallelharmony@live.com you will not be liable for this act of mercy.

Covert identity theft and surveillance is painful.
What happened to people?
Please comment...

http://youtu.be/2u6KdHmoMbw
I could be wrong, but in my opinion, making 2 or 3 person engagements and 4 person marriages(people can still force themselves to be monogamous if they choose to in a 4 person marriage, hence the term "Godparents") legal should come before making imbalanced gay marriages legal because the children of both interracial and single racial people come first. Why does it seem that people want to force homosexual marriages instead of making it more important to end or minimize racial and gender prejudices? You don't have to be gay to be married with the same gender.
From March 3rd to April 4th should be gender diversity and interracial history month. February 2/2 Black and Single-Racial History Month.

"The Way continues on unnamed.
Though in its unhewn rawness low and humble,
None in the realm can force it to serve.
When lords and kings to this Way keep,
Ten thousand things as honoured guests attend.
When heaven and earth cojoined and shed sky-mead,
Uncommanded the people shared it fairly.
But the advent of rule brought names;
And names meant mastering restraint.
To master restraint ensures survival.
The Ways presence in the realm of men,
As valley streams join rivers, then the ocean."
-Tao Te Ching


Proposed Catholic/Unitarian-Universal/Friends Pantheism Marriages:
8+i+8=The God Paradox, the One Jesus, and the One Present Moment is a beautiful connection to everything as an infinitely explainable and unexplained moment that never leaves(future) because it is always leaving(past), like the beating of our hearts, "All everything that we understand, we understand only because we love" the One Love of God, our Cosmos and the Buddha/Christ.

pi Catholic= *Heterosexual or Homosexual: It is a sin to have sex with more than one person before marriage (incest, child molesting, and rape are sins obviously). Making interracial marriages partially legal and getting society to believe that an innocent interracial or single-racial person could commit incest or become a rapist or child molester at any moment for no apparent reason is a sin. Depending on circumstances, this is the connection/disconnection or disconnection/connection point between Catholic/Unitarian-Universal/Friends Pantheism and Buddhist/Episcopal-Universal/Friends Agnosticism.

*POSSIBLE CORRECTION- It is a sin to have sex with just one person at a time before you get married(Bi-sexual).

e Pantheism= You are also married to your environment and promote and ecologically friendly economy and society. The military continues to fight a peaceful war with each other to protect and heal our land(army), oceans(navy), air(air force), and anything that connects them(marines) from contamination, pollution, imbalances, and harm. Our ethics become virtuous as they cycle between lesser sins and greater sins to purify in harmony with 8 dynamics of existence and 10 compassionate compersions of companionship.

phi Present Moment= 9th Dynamic of Existence is the corresponding coincidences of the present moment. There are 22 or 21 Ways to Happiness. Revise and update every 3 years. Thank you for all your help.

*REASON FOR POSSIBLE CORRECTION- We are all born sinners, but when we get married we become Present to God's Love, the Love of our agreements to raise a family, heal and protect our environment.

I post this to demonstrate how easy it is for some people to believe into you that you are evil even before you are born. 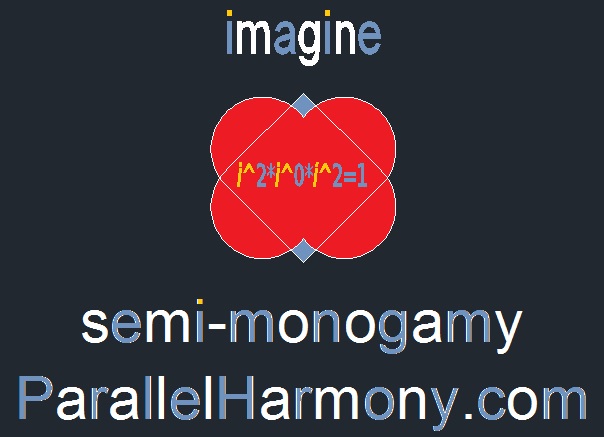 4/3/15 Good Friday
"Being deeply loved by someone gives you strength;
loving someone deeply gives you courage."
- Lao Tzu
Innocent people are in prison today because of forced monogamous marriage and forced single parenting. Stop blaming the people and solve the problem.


I hope that this is the right time to post this. This blog has been a cross to bare.
It seems as though the legislative branch has been bought out by religious majorities and the other branches of the government because I am getting harassed for making legislative proposals by covert surveillance so I hope that these proposals will be seriously considered and implemented eventually.

e Episcopal = 2.Then choose to have the marriages elected by the community before(when they are single) or after an individual has been married in a 2 person non-elected traditional marriage.Draw Straws

pi Agnosticism = 3. If you don't vote in time or keep someone else from voting in time then you are charged with attempted racism, incest, religious prejudice, gender prejudice, and/or marital status prejudice. Because it is on a community level, all the votes are to be done in person. Depending on circumstances, this is the connection/disconnection or disconnection/connection point between Catholic/Unitarian Pantheism and Buddhist/Episcopal Agnosticism.

*This would be better as a federal law but you could simulate this in a rental community or home owner development with additional monthly fees for not voting.

Reasons why I make this proposal: People deliberately try to keep people from voting.
Interracial and bisexual marriages and families are constantly being threatened by overly monogamous and overly celibate misinterpretations of a healthy sexuality using covert surveillance harassment. It seems as though my mother may have died from it. Because of the history between black people and white people, when you don't claim a side than you could be considered a threat to the entire family which is unfair to children. Different stories about the God paradox are different religions and they don't have to be abusive toward each other using race, gender, sexuality, and marriage. People can treat you like they had a trial and a verdict against you and respectful(non-forced monogamous) interracial marriages before you were even born using religious dogma such as reincarnation, forced monogamous marriages, genetic heritage, and a broken legislative branch of the government, then spy on you and deny it as a way to enforce it all.


May the blessings be blissful peace.

All marriages are elected by voting including 2 person, 3 person, and 4 person. Engagements are made by an individual choice but families are raised by a universal choice, by planned and random choices of the community...

1.4 That which is these both Goes about as itself yet there are different names.

1.5 Categorizing them together there is insight Very deep insight The gateway to collective subtleties."-Tao Te Ching Lindauer version Stanza 1


"11.1 Thirty spokes converge at one hub The use of a chariot is in the presence of what is absent

11.2 Shaping clay, it happens to act as a vessel The use of a vessel is in the presence of what is absent

11.3 Cutting doors and windows to have it act as a room The use of a room is in the presence of what is absent.

1st Dynamic is sexual orientation equality which corresponds with self in the majority dynamics of existence.

This item is closed, it's not possible to add new comments to it or to vote on it